Analysis and Interpretation of Poetry:

The act of literary interpretation involves essentially five things: observing, connecting, inferring, and evaluating, and concluding. And as with understanding fictional works, to understand poems, we need to observe their details—their rhythm and meter, forms and patterns of organization and sound. In noticing such poetic elements working in a poem, we begin to develop a sense of its focus and emphasis.

In order to make sense of a poem, however, we need to make connections about our observations. From those connected observations we then make inferences, or interpretive hypotheses about their significance. These inferences provide the foundation for our interpretation, especially as our inferences refer to what values the poem seems to embody and possibly to espouse. We might say that our inferences lead us to a hypothesis or interpretation about the poem’s meaning or significance. Our hypothesis, however, is tentative and provisional.  We can change our mind about the significance of the poem’s details. We can alter our sense of their implications and what we might infer from them. Through repeated readings of a poem and from conversations we have with others, we may notice things not seen previously. Or we might understand the significance of what we had previously noticed in a richer, or a different way.

Crumbling is not an instant’s Act

Crumbling is not an instant’s Act,

‘Tis first a Cobweb on the Soul

A Cuticle of Dust

A Borer in the Axis

Fail in an instant, no man did

What can we say about this poem?  Let’s begin with its first stanza.  What do you notice?  Two sentences, right?  The first says what “Crumbling” is NOT.  The second says what “Crumbling” IS—except Dickinson uses the word “Dilapidation’s” in the possessive because she describes the “processes” of dilapidation, or decay, a term related to “Crumbling.”

So, the first thing we need to do with this stanza and its two sentences is to paraphrase them—to get their “plain sense,” to put them into our own words. Let’s do the same with the second stanza, which describes how “Crumbling” or “Dilapidation’s processes” get started.  That process begins with a “Cobweb” and a “Cuticle.” A cowbweb, light and seemingly innocuous, is something easily brushed away. And, of course, a cobweb is designed to entrap insects to feed a spider. A cuticle suggests a thin layer, like the layer of skin at the tips and sides of your fingers and toes. But this cuticle is a “Cuticle” of Dust,” and dust can collect and build up. So, too, can a cobweb, if left alone. Moreover, this cobweb is a cobweb “on the Soul,” which sounds more serious, suggesting that the process of organized decays described in the first stanzas isn’t restricted to physical deterioration, but applies also to spiritual decay of the “Soul.” And now that we look back, that word “Decays” in the first stanza, when placed alongside the “Cobweb on the Soul,” sounds somewhat more ominous.

The remainder of the second stanza shifts from external images of cobweb and cuticle to internal ones—the “Borer” in the “Axis,” for example. Something that bores into the center to do its damage—like a worm in an apple or a canker in a rose. Dickinson doesn’t specify that kind of detail. Her language is more general; however, those examples fit the situation her speaker describes. In addition, the “Rust” mentioned here is “Elemental,” which suggests that it is basic, “fundamental” (a word in the first stanza); it exists at the root, in the core, not just on the surface.

The third stanza’s plain sense seems to confirm the sense of the first stanza through emphasizing the time ruin takes to occur. The strangest word in this stanza, perhaps, is “formal.”  How can ruin be “formal,” we might ask? Perhaps in the sense that it follows a structure or pattern, one of slow deterioration. Associating ruin with the devil—“Devil’s work”—links to the image of the “Cobweb on the Soul” from stanza one. There is no crash without “Slipping.”  That’s the way ruin, destruction, deterioration, rot, rust, and the like, occur—a little at a time, gradually—not all at once.

And so, we work our way through the poem—one sentence, one image, one word at a time.  In looking back for patterns, we notice words that suggest physical decay and others that suggest spiritual degeneration.  We recognize quite a number of different words for failure, including “Fail” in the last stanza.

We notice further that the sentences all declare—they make statements. There are no inversions, convolutions, or other complicated syntactic structures. The poem’s tone is assertive, knowing, confident. This speaker understands how things work. There is no expression of emotion, only a set of observations offered in a direct, matter-of-fact manner. The poem follows a narrative plot—but the story it tells is generic, general, rather than exemplifying a specific instance or a particular case. There are no individual characters and no dialogue between two voices. We hear instead only the steady drumbeat of destruction’s processes. Structurally, as we noted, the last stanza echoes the first. It’s set up as two sentences (though the first sentence is punctuated with Dickinson’s characteristic dash rather than a period).

We might some make additional observations about the poem’s language. First, it blends simple, monosyllabic Anglo-Saxon derived words, such as “Act,” “pause,” “Dust,” “Rust,” “work,” “slow,” “Fail,” with larger, polysyllabic, Latin-derived words, such as “fundamental,” “Elemental” and “Dilapidation’s processes.” The effect of this linguistic balance is to elevate the poem’s tone and increase its gravitas, while also drawing attention to the basic, even inescapable fact of decay. Second, although there is very little rhyme in the poem (“Dust” with “Rust”; “slow with “law”), this last an off-rhyme or slant rhyme, there is a good deal of alliteration, which is stretched through the entire poem: “Dilapidation’s,” “Dust,” and “Devil’s”; “Crumbling,” “Cobweb,” “Cuticle,” “Consecutive,” and “Crashe’s.” Note how both of these alliterative sets captures the essential story, action, and theme of the poem. 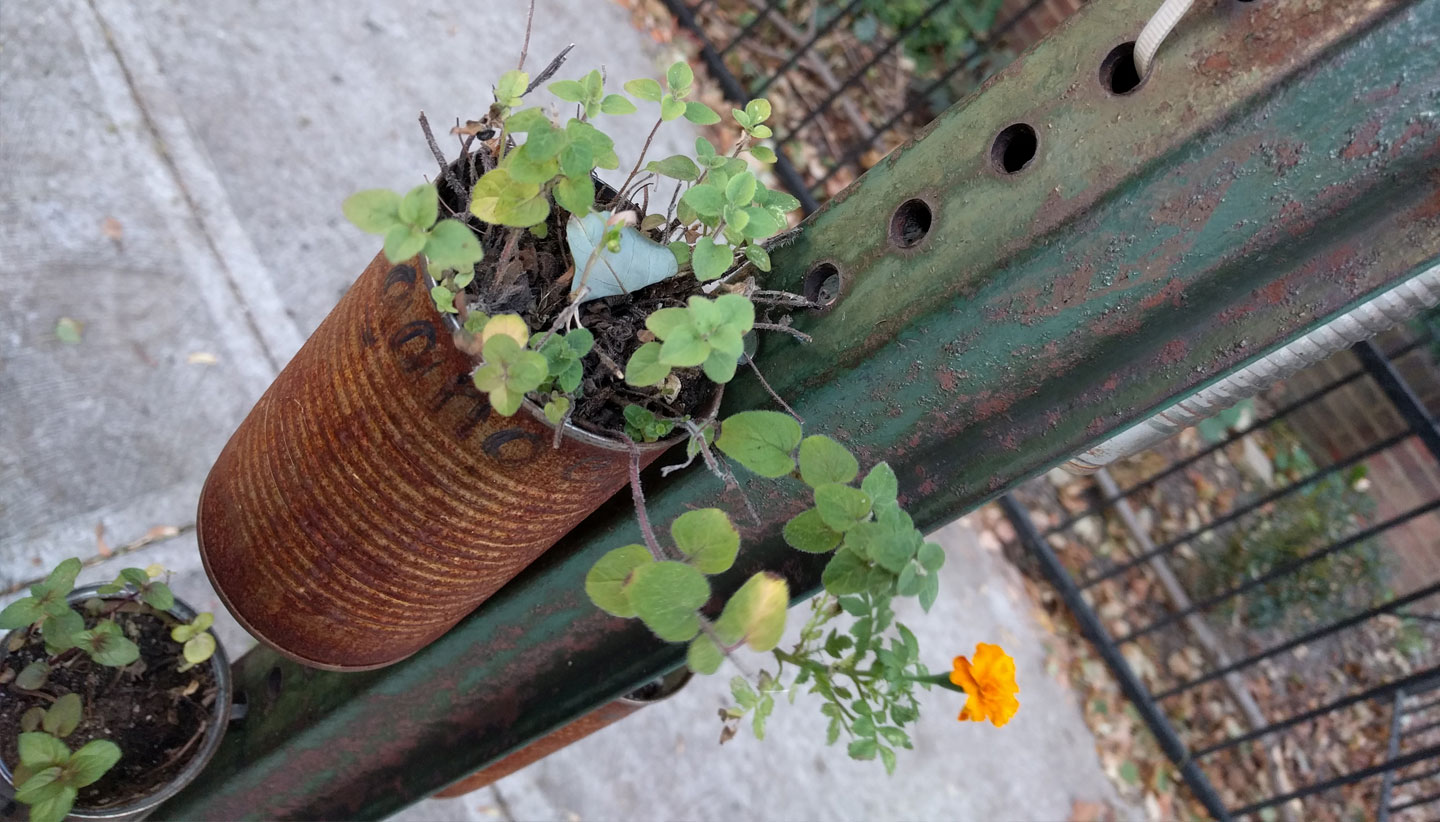