Among the pleasures of reading fiction is encountering brief tales with surprising endings—“The Monkey’s Paw,” for example, or “The Lottery,” and stories with ironic endings, such as those by O. Henry or Guy de Maupassant. One of my favorites is an ancient Roman tale: Petronius’s “The Widow of Ephesus” from his Satyricon.

Once there was a certain married woman in the city of Ephesus, whose faithfulness to her husband was beyond compare.  She was so famous for her fidelity that women from the neighboring towns would travel to Ephesus to stare at this prodigy.  However, one day her husband died. The widow found the custom of following the cortege with her hair unbound and beating her breast in public not adequate to express her grief, she insisted on following the corpse into the tomb, an underground vault in the Greek style. There she arranged herself to guard his body, wailing and weeping all day and night. Although courting death herself with this extreme grieving behavior, her parents were completely unable to persuade her to leave her post.  Even the city magistrates she rebuffed and drove away from the tomb.  She was accompanied, though by her faithful maid, who shared her mistress’s grief and relit the lamp when it flickered out.  All of Ephesus went into mourning for this unusual woman, especially since she was now in her fifth day of fasting. The entire city could speak of nothing else, for here, at last, everyone agreed was the single true example of marital fidelity and undying love.

The governor of the province, however, in the meantime, ordered that several thieves should be crucified near the vault where the lady was mourning her dead husband and keeping vigil by his corpse. And so, on the next night, the soldier who kept watch on the crosses so nobody could remove the bodies of the thieves, suddenly noticed a light blazing among the tombs and heard the sounds of groaning. Curious to know the source of those sounds, he descended into the vault.

At the sight of a supremely beautiful woman, he shopped abruptly, terrified, thinking that he must be seeing a hellish apparition. Then, as he observed the corpse and the tears on the lady’s face and the scratches her nails had gashed in her cheeks, he realized that it was a widow inconsolable in her grief. He quickly brought his little dinner to the tomb and begged the lady not to persist in her grief and break her heart with mourning.  All people, he reminded her, come to the same sad end, the same final mortal resting place.  In short, he tried using the usual platitudes to comfort the suffering and bring them back to living. His consolations though were unwelcome; the exasperated the widow ever more, and she beat her breast more violently than before. She tore out her hair by its roots and scattered it over the dead man’s body. The soldier, however, was undismayed, and he urged her to take some food, at which point the little maid, overcome by the smell of the wine, succumbed and stretched her hand out to her tempter. Restored by the food and win, she herself began to assail the obstinacy of her mistress in refusing the soldier’s offer.

“How will it help you,” she asked her lady, “if you faint from huger? Why should you bury yourself alive, and go down to death before the Fates have called you? What does Virgil say?—

‘Do you suppose the shades and ashes of the dead are touched by such sorrow?’

No, begin your life anew. Discard these womanly scruples, and enjoy the light of life while you are able. Look at your poor husband’s corpse; isn’t it saying to you more persuasively than any words can that you should live?”

None of us dislikes being told that we must eat and that life should be lived, and the lady was no exception. Weakened by her long days of fasting, the lady’s resistance finally crumbled, and she ate the soldier’s food as hungrily as her made had eaten earlier.

Well, you understand what kinds of temptations a man on a full stomach experiences. And so the soldier, using all the persuasive cajoling that had persuaded the lady to live, now laid siege to her virtue. And even though the lady was chaste, indeed, she also found the soldier attractive and his arguments compelling. The maid did all she could to aid the soldier in his cause, and she repeated an apt line from Virgil:

“If love is pleasing, lady, yield yourself to love.”

In short, the lady’s body soon yielded and the happy warrior enjoyed a total triumph. They consummated their marriage that very night, and they slept together the next two nights as well, carefully closing the tomb door so that passing friends or strangers would think that the lady of famous chastity had finally expired over her dead husband’s body.

As you might image, perhaps, our soldier was a happy man indeed, delighted with his lady’s extraordinary beauty and the special charm secret love brings. Each night, when the sun had set, he bought what simply provisions his small pay allowed and smuggled them down to the tomb. One night, however, the parents of one of the crucified thieves noticed that the watch was badly kept. They took advantage of our hero’s absence to remove their son’s body from his cross and bury it. The next morning, the soldier was horrified to discover one of the thieves bodies missing from its cross, and ran to tell his mistress of the terrible punishment that awaited him for this neglect of his duty. Under the circumstance, he determined not to wait for his trial and sentence, he told her.  He would punish himself and end his life by his sword there and then. All he asked of her was that she make room for his corpse and allow the same gloomy tomb to enclose bother her husband and her lover.

Our lady’s heart, however, was no less tender than pure. “God forbid,” she cried, “that I should have to see at one and the same time the dead bodies of the only two men I have ever loved. No, it’s far better, I say, to hang the dead than to kill the living.” And with these words, she ordered that her husband’s body should be taken from the tomb and hung upon the empty cross. The soldier, of course, followed this sound advice, and the next morning the entire city wondered by what miracle the dead man had climbed up on the cross.

Much of the pleasure we take in “The Widow of Ephesus” resides in its series of surprises. We may be amazed at the way the lady expresses her sorrow, surprised at her capitulation to the soldier, and amused (or appalled) at where they make love. Petronius surprises us further with the lady’s amazing solution to the soldier’s dilemma: putting the corpse of her dead husband up on the cross, where her soldier lover was expecting himself to be crucified to replace the missing body of the dead thief.

Admiration for the inventiveness and economy of the tale’s action, however, may not eliminate a reader’s desire to look for a moral of some sort. But in such a tale, we should search cautiously. I would put the following questions. To what extent does the story have to do with the fickleness of women? To what extent does it suggest that life is to be lived and enjoyed by the living? To what extent does it imply that people are credulous, such that rather than doubt the widow’s complete devotion to her dead husband, they are ready to believe in the miraculous ascent of a dead man’s body up onto a cross?

The meaning of “The Widow of Ephesus” is not as simple or as clear-cut as the morals of a fable by Aesop or lessons we might derive from “The Prodigal Son” or “The Good Samaritan.” The tale of the pragmatic widow more closely resembles, in tone and temper, short stories of more modern eras, stories whose meanings tend toward interpretive variety, and lean toward ambiguity. Any interpretation of a literary work is inevitably provisional, as we might understand it differently later, having read more, learned more, thought more about a particular work, including “The Widow of Ephesus,” and others as well. 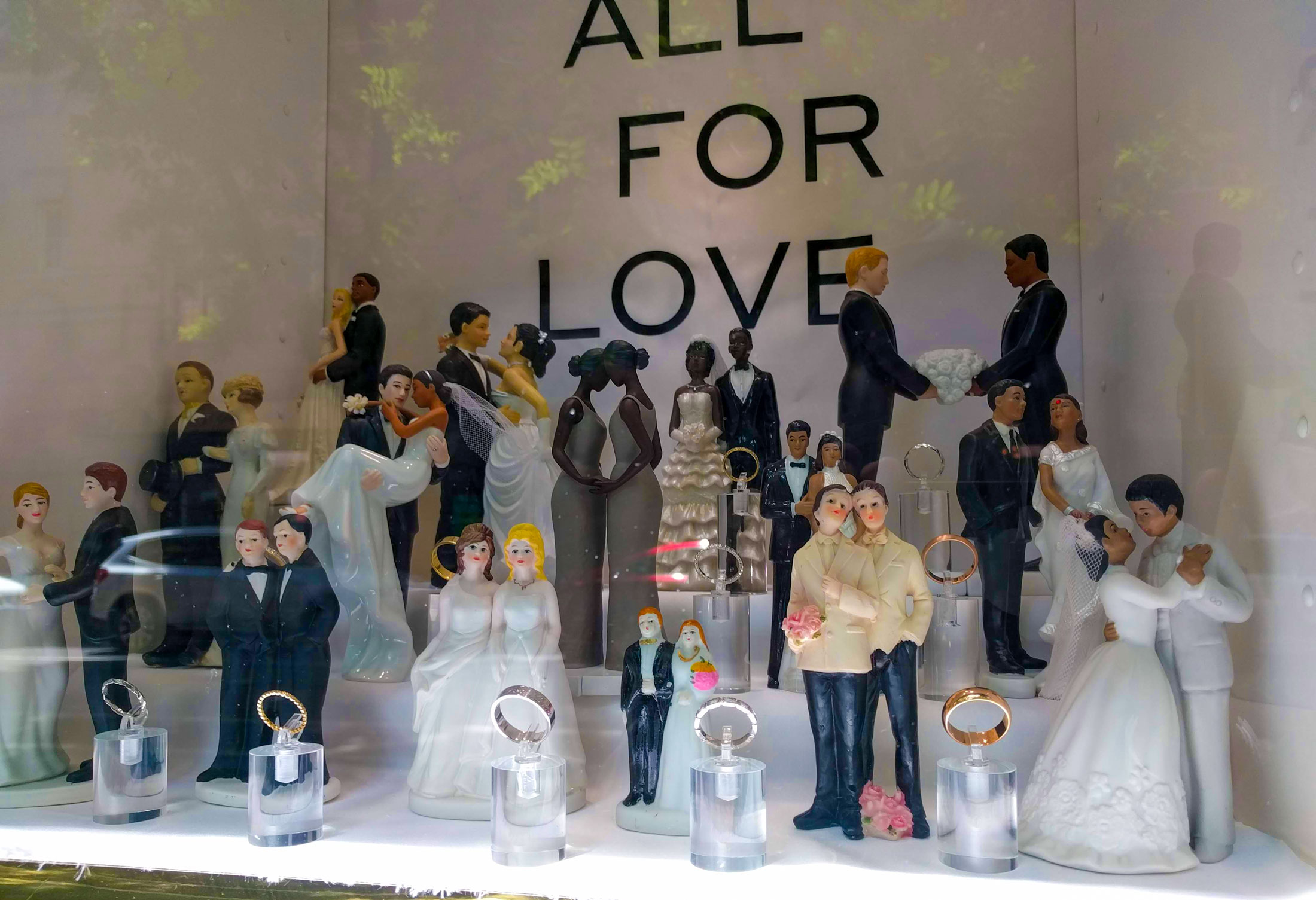